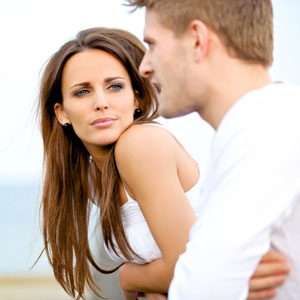 Is this relationship headed anywhere?

Relationships are complicated! There are many things that have to happen before you can get married. If you feel like your relationship is at a standstill, take a look at some of the major milestones and some tips on how you can reach each one.

Having Your First Kiss

Kissing sometimes happens on a first date and sometimes it take several dates before you are both ready to give it a try. It is usually the first relationship milestone because it shows that you’re both interested in being more than friends. If you’re having trouble reaching this milestone, try to set the mood with a romantic dinner or an intimate movie together. And, before you commit to a first kiss, talk to an online psychic to make sure you're compatible.

Saying “I Love You”

When your infatuation has changed to love, and your partner returns the feeling, you’ve reached another relationship milestone. However, it’s important that you say it out loud to mark the event. Don’t just blurt it out; wait for the time to be right. Of course, you don’t want to make your partner feel trapped into saying it back, either.

Being Intimate with Each Other

Moving in with Each Other

Another relationship milestone that may or may not happen before marriage is moving in with each other. If you’re both able to get along and still enjoy each other’s company after living together for a while, marriage isn’t far off. To move things along, you can try bringing up the fact that your apartment lease is about to expire. The invitation to move in might happen as a result.

The proposal is the ultimate milestone in your relationship. It’s the declaration that you’ve chosen to spend the rest of your lives with each another. Talking about the future is a good sign that the proposal is coming, but you can always hint at the idea to get there faster. It takes some couples years to decide to get married. There’s no timetable for this event.

If you ever feel like your relationship is at a standstill and you don't know what to do to move things to the next level, talk to a love psychic for advice. You don't want to make your partner uncomfortable by trying to rush things, but that doesn't mean you have to wait around forever for things to happen.