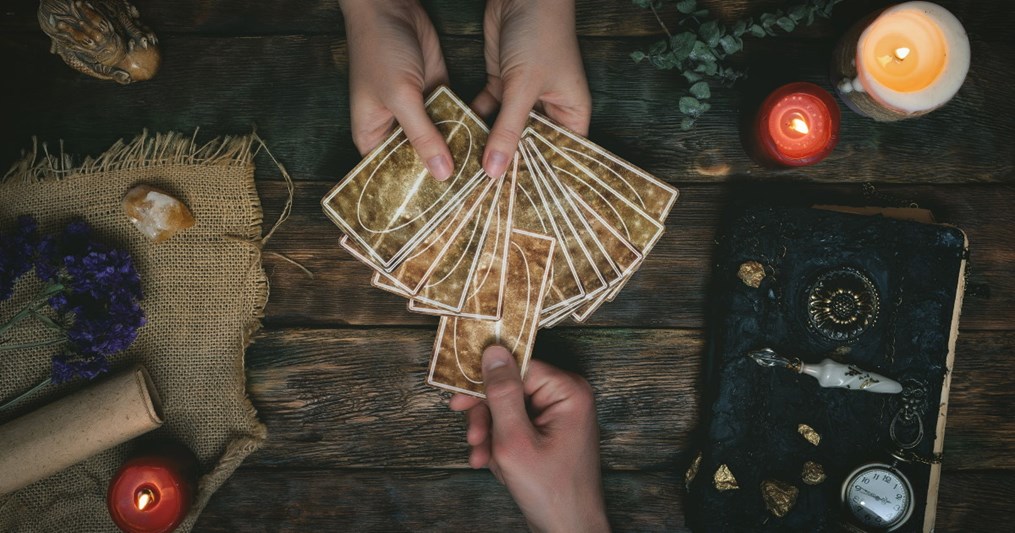 Before you pick your card, pick the right tarot deck for you.

Tarot cards have provided insight for centuries. You can't go wrong with a good tarot reading if you're looking for insight into your story and choices. With so many tarot decks to choose from, though, finding the one for you can feel overwhelming. Learn the basics of some popular tarot decks, then get a Psychic Tarot Reading to get started on your journey.

Tarot Decks for Every Reader

When it comes to tarot, there are as many decks as there are readers. You'll find upwards of a thousand different tarot decks out there, all with their own specific purpose. Picking the right deck for yourself means knowing the history behind each deck, your reading style, and your personal purposes for delving into cartomancy.

So, while the various types of tarot decks have differences in interpretations, all decks deliver the same accuracy and divination. The differences lie in the names of the arcana and the images you see on the cards, which give a unique method for communicating with the universe. If you've ever been confused about why a given card is in a different place in different decks, it's because of the difference in each tarot tradition. No matter which deck you choose, you'll gain a way to better connect with your intuition so you can find the answers you seek.

The Rider-Waite deck is typically the one most people are familiar with in the English-speaking world. This deck is also known as the Rider-Waite-Smith deck as it was a collaboration between A.E. Waite and Pamela Coleman Smith, members of the Golden Dawn metaphysical society. The deck was the first one that Pamela Coleman Smith illustrated, and it was created for esoteric uses. The deck was published in 1909 with a book written by A.E. Waite. That book, "The Pictorial Key to the Tarot," provides the interpretations many tarot users know today.

The popular Ride-Waite tarot deck has an illustrated minor arcana that boasts rich symbolism. This deck avoids overt kabbalistic and astrological associations as it was created for the mass market. The imagery you see comes from visions Smith received.

One of the oldest surviving card patterns in the world, the Tarot de Marseille deck is more common in French-speaking countries than its Rider-Waite counterpart. (Fun fact: In French-speaking regions, this tarot deck is still used for playing cards sometimes!) The name of the deck comes from the city of Marseille, where the deck got its start. Many decks in a similar style were made in Marseille in the 1850s. The Tarot de Marseille provided the basis for Pamela Coleman Smith's Rider-Waite illustrations as well as Lady Freida Harris's illustrations for the Thoth deck.

The Marseille deck differs from the Rider-Waite in that it uses pip cards. Instead of the story-based illustrations you're likely used to from the Rider-Waite, these minor arcana cards have simple illustrations that show the number of items in a suit. The pip cards create a reading style that is more formulaic than reading with the Rider-Waite deck. Some people find reading with the Tarot de Marseille more difficult as a result if they're used to using visuals to interpret meaning, while others find the style to be freeing.

Does the name Aleister Crowley sound familiar? This prolific but controversial occultist founded Thelema, and he worked to create a version of the tarot that was based on his own Book of Law. That tarot deck became the Thoth deck, illustrated by one of Crowley's students — Lady Freida Harris.

Lady Freida Harris worked along with Crowley for about five years to produce the Thoth deck. Neither was alive to see the deck published. This deck comes filled with references to alchemy, astrology, and the Kabbalah, setting it apart from the Rider-Waite deck and its more narrative-driven and relatable images.

Then there are oracle cards, a great deck for beginners looking to explore the world of tarot with quick guidance. As the name hints, the oracle deck comes engraved with the image of an angel. The deck is popular thanks to inspiring messages that make it accessible for newer readers to connect quickly and easily with their intuition.

The oracle deck includes 36 angel cards. These cards are distributed among three divisions:

If you're looking for tarot to uplift you as you seek divine guidance, an oracle deck may be just what you need. While tarot cards are ideal for questions that speak to the overall journey your life is taking (think: preparing for the year ahead, finally quitting that soul-draining job you hate), oracle cards are great if you have short-term questions that require some soul searching and inner reflection.

Still not sure which tarot deck is right for you? That's when it's time to turn to an intuitive Psychic. A Psychic Advisor can help guide you on your path to finding the right tarot deck for your needs, so speak with a PathForward Psychic today to get started.