Astrology has much wisdom to share if we are open to learning and trusting our inner wisdom. Do you enjoy watching the stars at night or reading your daily horoscope? These are introductions to astrology. Astrological conjunctions are a part of the wide arena of astrology and astrological aspects. Let's create a foundation of a deeper understanding of what an astrological aspect and conjunction are so you'll have a greater understanding of why they are important. For me, these astrological topics make up the art and science of comparing the interaction between the stars and planetary objects. 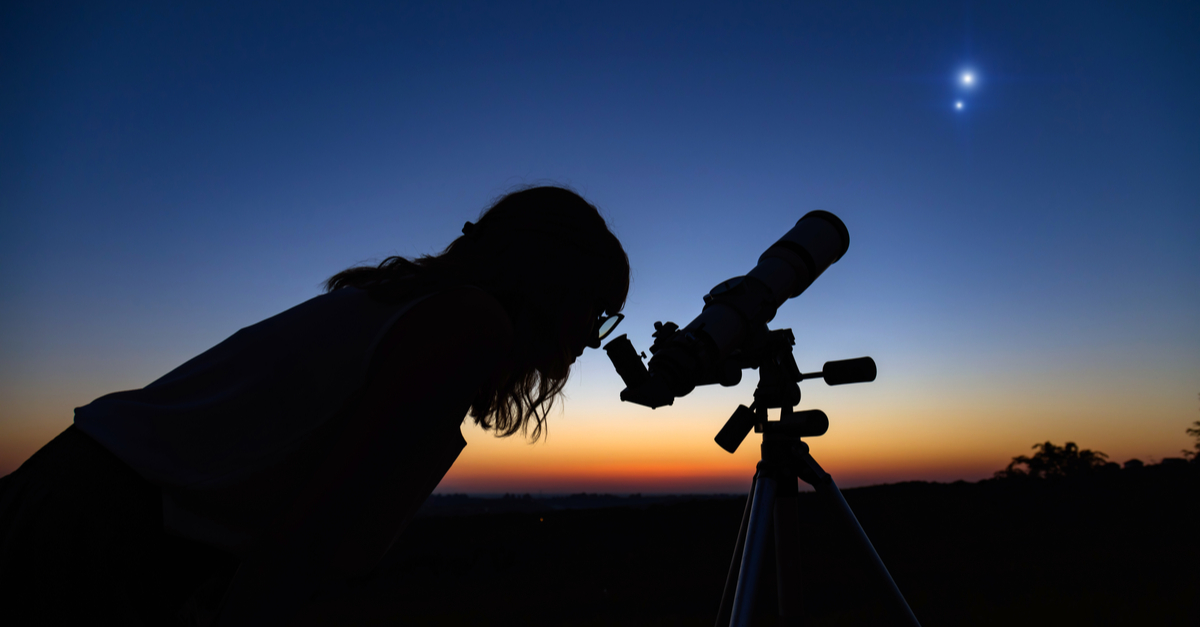 What are Astrological Aspects?

First, I suggest familiarizing yourself with the appearance of birth charts. While they can appear confusing and complicated at first, an initial understanding of the look will help you put some context behind this topic. An astrological aspect is the degree of separation the objects have from our view on Earth. When you draw a line from a planet to the center, then draw another line from another planet to the center, the space that those angles form defines the aspect. Different angles have different meanings on how those planets interact. The five major aspects are conjunction, sextile, square, trine, and opposition.

What is an Astrological Conjunction?

The term 'Astrological Conjunction' describes two planets in the solar system, same sign, 0 degrees apart that blend their energy. These objects are often planets, such as Earth, Mars, or Jupiter, including other luminary bodies such as Chiron, Lilith, and more. Even though the Sun and Moon are not technically planets, they are counted as one when using an astrological system.

As we look out at the cosmos from Earth, points that are in a conjunction aspect appear to move together. This is simply a magical 'visual' alignment of the planetary objects. But in reality, they are thousands of miles apart. Yet, once these energies mix, they move and act as one united force. This blending of energy can go both ways, either harmonious and beneficial or difficult, tense and stressful, triggering humanity.

On April 30, the Venus Jupiter Conjunction will be an enjoyable experience for all. Venus is in the water element, and Jupiter is ether: that transmits sound. Water likes to flow, and ether represents the sky, space, and spirit. Venus and Jupiter will share the same right ascension, with Venus passing 0°14' to the south of Jupiter. Venus and Jupiter are two of the brightest planets in the sky. In addition, the new moon, in a waning cycle, is in Taurus. Emotions are in charge, relationships flow harmoniously, emphasizing the feminine side. And both Venus and Jupiter are in Pisces. The timing of this event is roughly two days.

Venus is considered a 'sister planet' to Earth because of its similar size and composition. This is the only planet holding the name of a female goddess, illustrating feminine nature and traits. Venus is known as the Roman goddess of beauty, sex, and pleasure, while Jupiter is one of the largest planets in the solar system associated with luck, expansion, abundance, optimism, and wealth.

During this conjunction, the lucky and optimistic energies of Jupiter are commingling with the energy of Venus - all about pleasure and love. Jupiter also strengthens the intentions and actions around hope, personal, and professional growth and shines a light on finding genuine happiness and purpose in life and your work. Because of the brilliance from both planets, a myriad of people will see them merge into one very bright shine and sparkle! The morning of May 1 continues this galactic show, but with the positions of the planets reversed. What a delightful energy and visual to experience!

On May 28, this astrological aspect may first raise concerns with Mars involvement. Yet, Jupiter and Mars are behaving like two friendly planets. This can boost courage for humanity while fighting for justice for all. This is a busy and unusual year for Mars. Mars is fast-moving and strong but has also been in a lot of conflict. While Jupiter has great fortune and is in the element of air, Mars is a fire sign with a lot of hot, dry masculine energy. Fire and air are compatible - think flame and wind.

While Jupiter is commonly recognized as the planet of good luck, it is also a powerful planet in astrology, often impacting success with your efforts. On the other hand, Mars is one of the smallest planets and is referred to as the fiery planet because of its appearance and association with fierce nature and war.

Jupiter and Mars will share the same right ascension. During this conjunction, the lucky and optimistic energies of Jupiter blend with the animal-like energy of Mars. Mars reveals the part of us that is still primal, aggressive, competitive, and internally driven. In addition, Mars also reveals what drives us to take action and what encourages our passions. The meaning of this Jupiter Mars Conjunction, May 28, looks to be a very good conjunction to have as Mars & Jupiter are best friends. Jupiter is wisdom, and Mars is action. Wisdom and action of humanity make cooperation, which is a great thing.

The energy behind this planetary conjunction is humanitarian in nature, clearly a global blessing for all. Venus and Mercury will share the same right ascension, with Venus passing 1°24' to the south of Mercury. The pair will be at an angular separation of 16° from the Sun, which is in Sagittarius at this time of year. Venus is the water element, and Mercury is an earth element. Water and Earth elements naturally support one another in a symbiotic manner.

The Energy of the Planet Mercury vs. Planet Venus

The planet Mercury contains energizing energy. This will empower all energy. It is all about quick thinking, possibilities, and even rationalizing decisions. The planet Mercury's focus is on reasoning and communication and how we learn and absorb information. Venus is one of the inner planets, moving quickly through the zodiac, resulting in a greater impact on our daily life. Venus impacts attraction, love, art, beauty, and harmony and indicates how we find pleasure and our style of love.

The Venus and Mercury Conjunction is a positive combination because both the planets are friendly towards each other. This is a beneficial co-joining that enhances artistic tendencies. Enjoy this time and let your creativity blossom. This conjunction allows opportunities for people to be very benevolent.

Astrology, as a tool, is about interpreting the larger story behind the events in our universe. We each have our personal life experience, and astrology shows how the universe's greater chronicles impact our individual lives. To uncover the mystery and adventure in conjunctions, we need a broader understanding of the energy behind each object. You can look at our 'planets' and their innate meanings to enrich your knowledge. For the best results, learn more about your birth chart so you can navigate each astrological occurrence with more awareness and ease. To help with this process, touch base with one of our highly esteemed PathForward Astrologers for insight and wisdom.