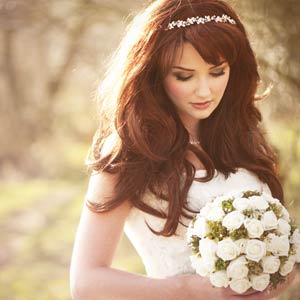 Don't give in for less if you want to be a bride.

So you’ve finally found the perfect man, yet the situation is anything but. In fact, he’s already married to someone else. If you’re desperate to become the blushing bride of someone who already has a wife at home, your courtship will be far from ordinary. While many married men will never budge, it’s not impossible for the right one to realize it’s you he really wants. Follow the below steps to learn if the man truly loves you, his mistress.

If you’re considering yourself the “mistress” of this man, chances are good that you’ve already been to bed with him. While you can’t undo the damage, you can and should end your physical relationship to see if he will come back to you. There’s no reason for a man to consider leaving his wife if he knows he can have you both at the same time.


Don’t think this will work? Consider one of the most famous adulterers of all time. King Henry VIII could have any woman he wanted, but he broke with the Catholic church and divorced his queen of nearly 24 years for the one woman he couldn’t seduce out of wedlock – Anne Boleyn.

Your man probably gets enough nagging and pressure at home, to bend to his wife's will. If you begin exerting your own pressure, he won’t feel amorous. Instead, he’ll probably feel as though he'll break. You must let him come to his own conclusions about your relationship with no influence from you.


Keep in mind that if you do pressure him and he gives in, he may resent you deeply for it later when he begins feeling the painful ramifications of divorce.


Become Your Own Person

If you’ve been in a relationship with this man for a long time, you may have started molding yourself into the polar opposite of his wife in a desire to give him everything she cannot. It’s essential that you stay true to yourself if you want to have a healthy marriage someday. Speaking with an online psychic can help you identify problem areas where you need to rebalance your life. Be who you are, and if you’ve truly found the right person, that’s precisely how he will love you.


Prepare to Move On From Being his Mistress

Often, a man won’t realize how important his mistress really is until she's ready to leave him. Don’t do this as an elaborate and manipulative act to learn how the married man will feel when his mistress leaves him. Prepare to move on from the adulterous relationship for real. Consider dating other people. Remain friends with your former partner, but stop hanging all your hopes and dreams on him. This is when he’s most likely to discover his true feelings for you.

Many married men will never leave their wives, no matter how unhappy they are. Consult with an authentic psychic to find out if your man falls into this category or if he can really fall in love with his mistress. While you can increase your chances with him using these tactics, some married men simply cannot be had.


If you’re looking for a more serious relationship, it’s time to end the affair and try these steps for moving to the next stage.