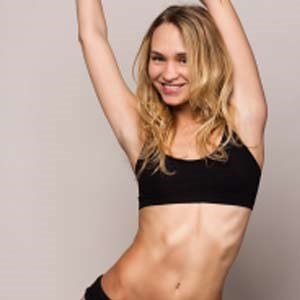 Think Zumba could work for you? Try it and see!
Zumba is everywhere. Over 14 million people in over 150 countries around the world use Zumba as their exercise of choice. It's on TV, in magazines, and on the radio, yet there are still more questions surrounding Zumba than answers. Curious? Let's explore.
What is Zumba?
Zumba came out in 2001 when a dancer and choreographer from Columbia named Alberto "Beto" Perez combined his Latin dance moves with a unique blend of the popular Indian Bollywood dances and added elements of belly dancing to the mix. According to Mayo Clinic, what evolved from this unusual mesh of dance moves and styles was a system of interval training, varying fast and slow movements to boost calorie burning and strengthen the cardiovascular and respiratory systems. Other basic fitness moves are also incorporated, including squats, lunges, and resistance training.
Does Zumba Blast Calories?
Zumba blasts calories at an unbelievable rate. A 150-pound woman can expect to burn 536 calories during a one hour class, depending on the intensity at which she works. One of the most attractive aspects of Zumba is that participants can work as hard or as gently as they like. Of course, you get out of it what you put in, but unlike weightlifting or many other fitness methods, the participant can control when she's ready to progress.
Is Zumba Right for My Fitness Level?
Any level of fitness is welcome and suitable for a Zumba workout. Recent classes are filled with people of all sizes, weights, fitness levels, ethnic groups, and sexes. If you haven't exercised regularly in a while or have health conditions, it's a good idea to see your doctor before starting, but few people aren't able to participate in a Zumba workout. At the classes, you'll meet everyone from teachers to psychics to lawyers.
Where Can You Do Zumba?
Another selling point for Zumba is all the options participants have for getting a workout. You can buy DVDs to do it at home or participate in a group class at many gyms, fitness centers, civic complexes, community schools, and other venues around the country. Some classes even meet outdoors. One of the most fun parts of Zumba is the party-like atmosphere, and many participants think it wouldn't be the same without a group to enjoy it with, so classes are more popular than DVDs.
Is Zumba Right for You?
Zumba is energetic and social and fun for many, but no one fitness routine is perfect for everyone. Zumba relies heavily on the music, which is a blend of Latin, Indian, and pop. It is high intensity, but you can cater the moves to your fitness level. For the shy folks, DVDs might be a better option that going to a class. Most people find it less boring than aerobics, weightlifting, or treadmills. Most Zumba instructors will offer a few free classes (usually one to three) so you can determine if it's right before agreeing to a long-term commitment. Some women consult a real psychic before agreeing to any exercise program. Classes range in price from $5 to $15, according to Cosmopolitan magazine.
What Should You Wear to Zumba Class?
Zumba attire is much like what you'd wear to aerobics or to jog. There isn't a dress code per se. Most people choose to wear fitted workout pants, a comfortable top with breathable fabric that's loose enough to allow for free arm movement, and jogging shoes. Shoes are the most important part of the outfit, since the fas-paced moves are hard to do with ill-fitting sneakers.

The Zumba craze marches on. Are you in or out?